Bearbricks are plastic figurines in the form of bears that are created and manufactured by medicom Toy in Japan. Medicom, which was established in 1999, has a long history of creating licensed goods and collector figures.

The Kubrick, a Lego-like figure named after the renowned A Clockwork Orange director Stanley Kubrick, was one of their initial product lines.

The name Kubrick is also a combination of the Japanese words for nine, “ku,” and “brick”; the figure has nine moving pieces, including its head, torso, hips, two arms, two hands, and two legs.

At that time, Tatsuhiko Akashi, CEO of medicom, began collaborating with pop culture franchises and characters and releasing Kubricks in a variety of hues and styles.

Icons from American comics Marvel and DC, computer games like Grand Theft Auto, and cereal companies like Kellogg were some of the first Kubrick sets.

Twenty years later, Bearbricks is one of the most recognizable and sought-after figures in the entire globe. As a result of their evolution from being merely toys to being at the forefront of art, fashion, and culture, Bearbricks have become highly sought-after collectibles.

Art dealers and toy collectors alike compete to acquire them, with some selling for between $5,000 and $50,000 on the secondary market.

What accounts for the popularity of bearbrick and the widespread adult fascination with toys? Let’s look at it.

Bearbricks releases come in “SERIES” and “TYPES” categories. Bearbrick “SERIES” are released twice a year and have sequential numbers (summer and winter). There are four different TYPES for each SERIES, and there are various “THEMES” for the “Standard” SERIES in particular.

Even with all the many Bearbricks models available for purchase, Bearbricks still succeeds in building anticipation with the help of their release strategy and packaging. The figurines are distributed in “blind boxes,” where each box’s contents are unknown and range in rarity.

Only that each box includes one figurine is known. Therefore, it is very challenging to amass a complete collection, whether that is the full SERIES or an entire TYPE within a SERIES, unless you buy the style you want from another collector.

In addition to adding to the allure of collecting the toy itself, the introduction of blind boxes is an intriguing marketing development because it encourages collecting, builds a secondary market, and fosters a collector’s community. If a buyer finds up with a duplicate, for instance, they may buy, sell, or trade with others to finish their collection.

When you’re hoping to get a limited-edition goods, not knowing what you’re buying also encourages repeat purchase behavior.

We’ve observed this same tendency in a variety of industries, including gaming, where players pay to open virtual “loot boxes” for randomized in-game objects, and trading cards, which are more comparable to collectibles because players buy packs of cards in the hopes of finding something rare.

Because of their scarcity and the fact that they can only be purchased in Japan, Bearbricks are already challenging to collect. The blind box technique enhances the hype and collectability of each of their releases, in addition to the fact that the rarer, more restricted editions are frequently resold for multiples of the original price.

The possibility of obtaining a limited-edition item or a one-of-a-kind model only heightens consumers’ excitement and delight regarding their purchase.

Bearbrick as a venue for creative partnerships

The standardized size and shape of Bearbrick sets the product apart from other collectibles and makes it exclusive. This strategy has produced a platform from which Bearbrick can work with famous and cultural businesses in order to ensure that the brand never goes out of style and can provide something for everyone.

Bearbricks figurines are available in six various sizes, ranging from 50% to 100% (35mm to 700mm, respectively), with 100% being the most basic style and 100% being the largest commercially available.

Bearbrick is able to introduce buying and collecting to customers across a wide variety of demographics by starting them with small figurines and progressing them from one size to the next because each design is offered in all the different sizes and therefore at varied pricing points.

By working with designers, artists, and businesses, Bearbrick has challenged the notion that toys are only for kids and demonstrated that adults can also enjoy and express their creativity through these figurines.

On the designer side, Bearbricks act as a gateway to high-end companies and gallery artists so that customers can possess a product without having to shell out a premium fee.

The convergence of “adult-level interests” and what may be considered “childish toys” offers artists and companies the chance to produce something cool that appeals to their target market and younger generations.

Then, irrespective of hobbies and demographics, both Bearbrick and the collaborating brand may provide something to collect to their own consumers. Thus, a new generation of toy collectors is produced with each new partnership.

Many people search for the books like where the Crawdads Sing to read. The novel is a perfect blend of romance, murder mystery, and survival story. It was written by…
View Post

We are slowly moving towards the end of the year and that means the time of staff parties is coming again. Whether you use the staff room for the party…
View Post 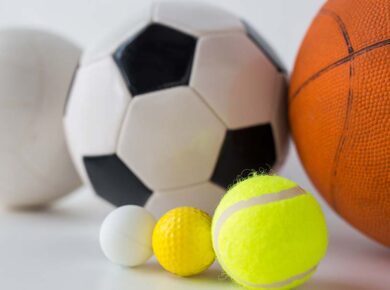 Three Tips To Start A Business In The Sport Industry

Are You Organizing A Staff Party? 4 Fun Party Supplies For December 2022 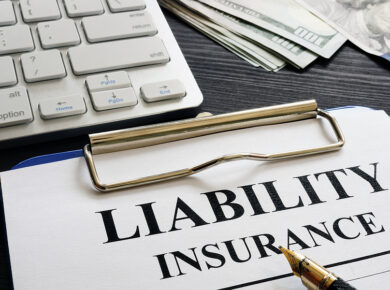 Why Is Passenger Liability Insurance Useful?

How Long Does Physiotherapy Take For Lower Back Pain?